No one has to tell you that 2020 was a dumpster fire of a year. While some people were taken by surprise, astrology minded folks knew to expect the unexpected, and not in a good way. Saturn, Lord of Karma, Pluto, Lord of the Underworld, and Jupiter, the planet of more and bigger, joined forces in Capricorn, coming together multiple times to bring us the blockbuster trio of Pandemic, Civil Unrest, and Economic Uncertainty.

The good news is that in the past couple of days both Saturn and Jupiter have moved out of Capricorn and into Aquarius. While Capricorn carries with it the energy of limits, Aquarius represents freedom. Capricorn rules the past and the status quo, Aquarius looks to the future and brings radical change.

On Monday, December 21st, just hours after the arrival of the Winter Solstice, Jupiter and Saturn join together in an astrological event known as a Great Conjunction. The two planets are converging at 00 degrees 29 minutes Aquarius, marking the beginning of a 20 year cycle of change and innovation.

The two will appear in the sky as a single bright planet and will be visible to the naked eye. The last time the Great Conjunction occurred this close to the earth was in 1623. The last time Jupiter and Saturn came together in the sign of Aquarius was in January of 1405, more than 600 years ago.

In addition to marking a 20 year cycle, this particular Great Conjunction kicks off a 200 year period called the Great Mutation. During the previous 200 years, Saturn and Jupiter met up every 20 in earth signs. With this coming Great Mutation, the pair meets up in air signs – Aquarius, Libra and Gemini. (In 2059, the Great Mutation moves into the water element.)

The last time the Great Mutation moved into an air cycle was in 1226. This coincided with the beginning of the Renaissance, a period of creativity and cultural expansion. Are we about to experience a new Renaissance? Is this truly the dawning of the Age of Aquarius?

The fact that the Great Conjunction occurs on the the Winter Solstice, the darkest day of the year and the herald of the return of the light is significant. Combine that with the 200 year shift to air signs and the meeting of the planets at the critical first degree of Aquarius, and I cannot help but say yes, we are witnessing the dawn of a new era.

Keep in mind that the energetic shift that follows major astrological events is not immediately noticeable. It’s not like the flip of a switch. It may take several years for us to feel the full effects of the cultural move towards Aquarian values.

Just what can we expect from the Aquarian Age? First and foremost, there will be a speeding up of technological innovation. Also associated with Aquarius is a lessening of the expectation to conform, and the freedom to express what makes us each unique and special individuals. On the larger scale, there may be a move away from global capitalism and towards a more equitable distribution of the world’s resources and wealth. But don’t expect all those changes to be easy. Aquarius also rules revolution, so protests and civil unrest is likely to continue for some time to come.

To see the Great Conjunction for yourself, look to the southwest sky just after sunset. For those of us that live in the cloudy Pacific Northwest (or other locations where the weather will interfere), you can watch a livestream of the exact conjunction here. It starts at 15:30 UTC. A quick Google search will help you translate UTC to your time zone. Happy Solstice!

Rising Fire is based in Portland, Oregon, serving our global community. We are currently conducting all Sessions, Classes, Workshops and Events online via Zoom, until further notice.

We invite you to join our free Tuesday Night Shamanic Practice Class on zoom so that you have an opportunity to experience directly, working outside of space and time.

Office Hours:
Rising Fire is open by appointment Monday through Saturday for day or evening Sessions, Classes, Workshops and Events online via Zoom until further notice.

If you are experiencing an emergency please call 911 or click here to view contact information for mental health crisis resources in your area. 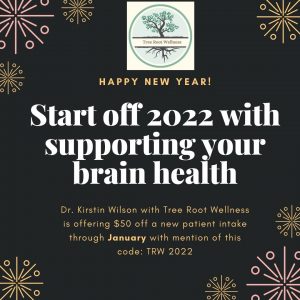 Start off 2022 With Supporting Your Brain Health

As a special for Tribe Rising Fire, Dr. Kirstin Wilson with Tree Root Wellness is offering $50 dollars off the

In response to COVID-19's continued spread and the gravity of the uptick in the Delta variant ALL our sessions, classes, and workshops will be via Zoom for the foreseeable future.